A case study of a pharmaceutical client who supplemented in-house capacity with Culture's high-throughput bioreactor system.

"Culture Biosciences is truly transforming the way that upstream process development groups should be assembled…instead of running fermentations they should contract that to Culture and instead focus on DoE design and analytics.” - Director of Upstream Bioprocessing

A mid-cap pharmaceutical client had been running benchtop bioprocessing experiments in-house, but was frustrated by how limited capacity bottlenecked their bioprocess optimization timeline. Initially, they leveraged Culture’s system to run high-throughput DoEs for process development while running their own bioreactors in parallel. They eventually transitioned most of their bioprocessing experiments to Culture, enabling their team to move faster by spending more time designing and analyzing experiments and less time running bioreactors.

DoE for Process Development with 30 Bioreactors Run in Parallel 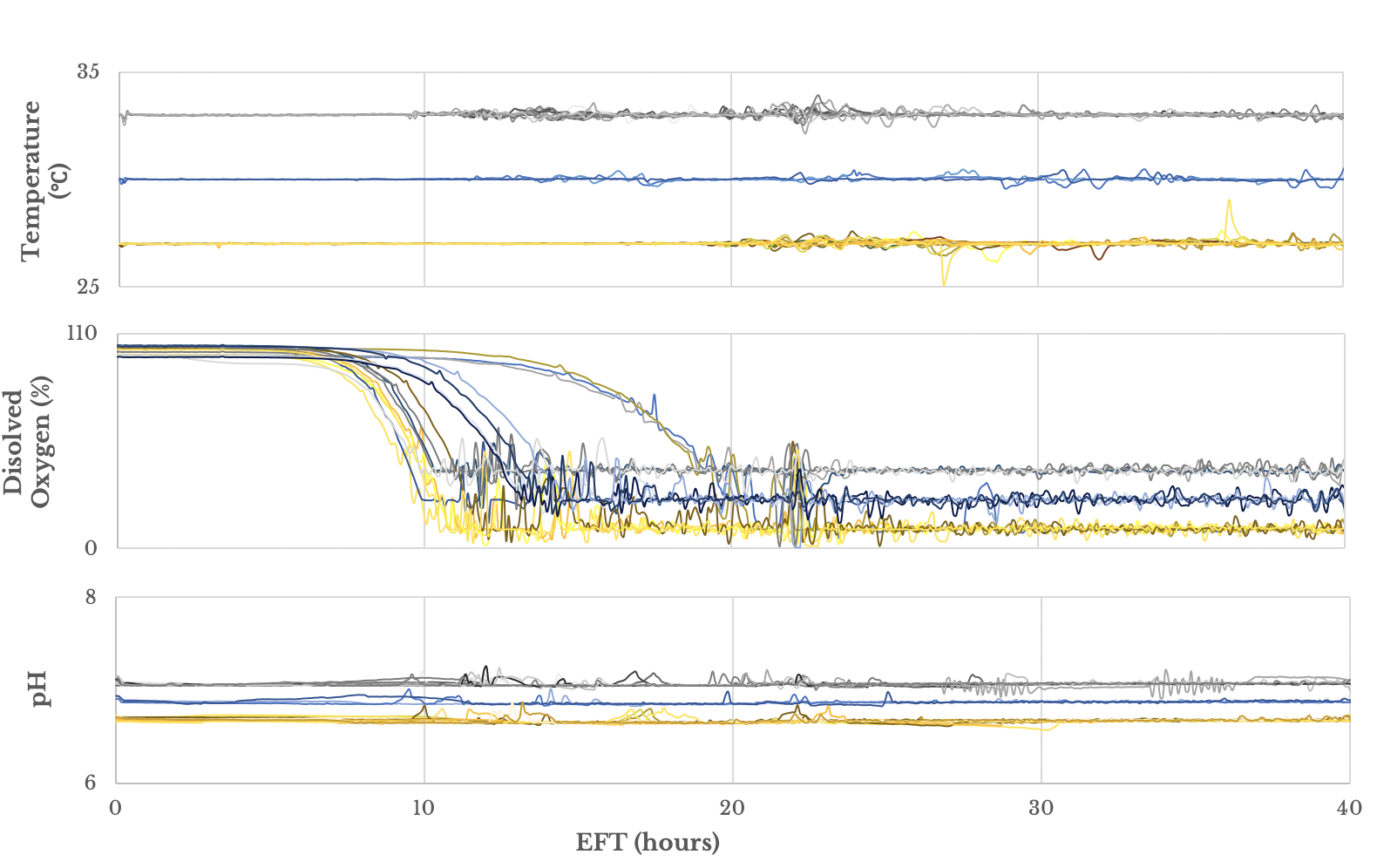