We interviewed Darcy Prather, the co-founder and President of Kalion Inc. Kalion is working to produce high-purity, low cost glucaric acid and glucuronic acid from biomass through a fermentation process. 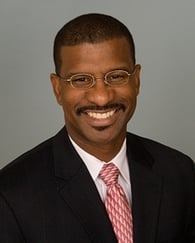 Culture: You have quite the interesting background! How did you go from being an electrical engineering major to a Rhodes Scholar studying Philosophy, Politics, and Economics, to a management consultant at McKinsey, to starting a company producing chemicals via fermentation?

Darcy: I’m a consummate generalist and have always had broad interests. My wife Kristala, on the other hand, has always been super-focused on chemical engineering, working at Merck and then in academia at MIT. We made a pact one day that if she ever discovered something commercially viable in her research, I’d work with her to help make it a company.

Culture: How did you end up landing on making glucaric acid through fermentation?

Darcy: With this pact in mind, when Kristala was choosing a research focus at MIT, she wanted to pick something that was academically interesting but also industrially relevant. In 2004, the US Department of Energy published a paper on “Top Value Added Chemicals from Biomass” to encourage development of materials from renewable resources. Looking through the list, she noted that half of them had already been produced by microbes (meaning the research wouldn’t have been challenging enough to earn her tenure).  From the others, she identified two to which she could apply her retro-biosynthesis approach. One of them was glucaric acid.

"Having access to high-throughput bioreactors with Culture Biosciences has enabled us to pursue multiple projects simultaneously. Thanks to Culture, we can work to refine the bioprocess for our current production strain while also developing more highly optimized future production strains in parallel."

Culture: What is glucaric acid and why is it so valuable?

Darcy: The current market is primarily in healthcare. Glucaric acid is a key counterion used for formulating Adderall ®, which is the highest value product made from it, and some people take the calcium glucarate form as a nutraceutical. There are many other potential uses for the chemical, but the way it is currently produced – through nitric acid oxidation of glucose- makes these commercially infeasible. Our fermentation process is able to produce glucaric acid at a much higher degree of purity at a fraction of the cost.

Culture: What are some of the other uses of glucaric acid that your production method now makes possible?

Darcy: One use-case is in water treatment, in place of phosphate which currently serves the same purpose but has detrimental environmental effects. Although our glucaric acid as an additive in water treatment would still be more expensive than phosphate, it has added benefits that ultimately make it the better choice economically as well as environmentally. Phosphate can cause the infrastructure used in water treatment to develop “white rust”, which shortens the lifespan of this expensive equipment and leads to higher costs in the long term.

Another exciting application of glucaric acid is as an additive to polymers that are used in manufacturing materials. Using our high purity product, researchers at North Carolina State University were able to show that glucaric acid can double or triple useful material properties like strength and toughness. In addition to enabling production of higher performance materials, adding glucaric acid to polymers has an added environmental benefit of reducing the amount of petrochemicals required. If you can double the strength, you in theory could use half the amount of oil-based materials required for a given polymer.

Culture: Once Kristala discovered a fermentation process for glucaric acid production, and you realized there was a business opportunity for it, what next?

Darcy: The way in which we realized there was a business opportunity was through building a techno-economic model. Before we raised a single dollar, we wanted to understand what kinds of titers we’d need to hit under what operating conditions to make production economically feasible. At first, the model was built with a lot of assumptions. As we have scaled we’ve been able to feed the model real data and adjust it as we optimize our process. We are increasingly confident as we work with larger and larger fermenters about how costs will decline over time both through scaling and through process optimization.

Culture: We talk a lot about “optimization” in biomanufacturing. At a given point in time, to what extent do you balance the potential for further process improvements with the need to get to market? In other words, are you striving for the optimal process or one that is good enough?

Darcy: Investors are always looking for a proof-of-concept, so you need to de-risk the investment for them as much as possible. In many cases, including ours, that does indeed mean taking a sub-optimal (but still profitable) strain to production. We’re first targeting the pharmaceutical and water treatment markets, where the price-points are higher and we can afford to have lower performance. We wanted to start getting some early revenue and market penetration and de-risk the overall value proposition, and can invest in further optimization later on to hit lower price points and open up newer and larger markets. You can model all of this with techno-economic analysis.

Culture: How has working with Culture Biosciences helped Kalion?

Darcy: From the very beginning, we wanted our operations to be as virtual as possible. When you start a company, even though you think you know the problems you’re going to need to solve and the analytical equipment you’ll need to solve them, you never get it quite right at first. I was really concerned about setting up our own lab with specialized equipment and hiring people with very specific skill sets, only to then discover that we’d need to later pivot. Instead, we wanted to work with partners like Culture Biosciences who could help us move agilely.

Having access to high-throughput bioreactors with Culture Biosciences has enabled us to pursue multiple projects simultaneously. Thanks to Culture, we can work to refine the bioprocess for our current production strain while also developing more highly optimized future production strains in parallel. It has been amazing to not have to make a choice between these two workstreams, but to be able to execute both simultaneously.

Between our bench-scale work with Culture and our pilot-scale work with the Bioexpression and Fermentation Facility at the University of Georgia, we have probably spent about one-tenth of what other companies have spent to get to this point by avoiding large capital expenditures.

Culture: What’s next for Kalion? Are you planning to develop a platform to bring other industrial chemicals to market too?

Darcy: When you look at this history of the biotech industry, all of the companies that started off trying to develop a platform haven’t gotten much traction. On the contrary, the companies that focus on one product first and then look to expand production and usage of it have the success and capital to then later invest elsewhere. We see glucaric acid as its own platform because of how many potential applications it has that we are only just discovering.

Culture:  Any other thoughts to share with the biomanufacturing community as a result of your experiences?

Darcy: The key to the future of biomanufacturing chemicals is to make better chemicals. The industry so far has largely been focused on developing drop-in replacements to existing products at a slightly lower cost. However, focusing on price-points alone can be really challenging, especially when competing with petrochemicals. It is a misnomer that as oil prices rise alternatives made from biomass become cheaper; there is a strong correlation between oil prices and feedstock costs since fuel is such a major input to agriculture.

I sit on the Advisory Board for the Green Chemistry and Commerce Council (GC3) and am heartened to see so many scientists exploring this “better” aspect of renewable chemicals. Over the next 5-10 years I think we’ll see this industry really take-off as we realize that generating chemicals from biomass is not just more sustainable but also more advantageous than traditional methods.

We spoke with Farzaneh Rezaei, the Director of Formulation and Fermentation at Pivot Bio, about the challenges of optimizing a bioprocess for their nitrogen-fixing bacteria.