How Culture Biosciences is Scaling Up: An Interview with Our First Employee

Get to know Collin Edington, Hardware Engineering Manager at Culture and our first employee. Collin shares insights from his 12 years of experience in developing cutting-edge hardware to tackle challenges in biology and provides a glimpse into the exciting new capabilities at Culture Biosciences you can expect to see in the future. 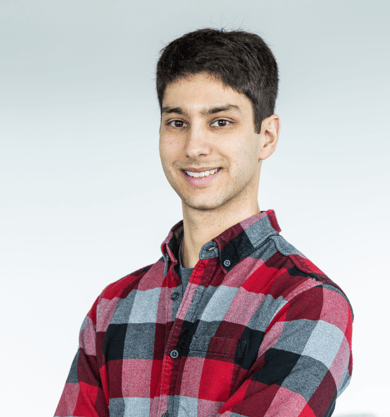 Mattie: What was the first project that you worked on at Culture?

Collin: One of the first major projects I worked on at Culture was building an improved thermal control system for the reactor. Up to that point, I had only helped Matt and Will (our co-founders) iterate on the early prototypes of the bioreactor, packaging them up in a more manufacturable chassis and working out bugs here and there. The water bath-based thermal system on our early reactors was a common point of failure, so we decided to completely redesign the system from the ground up.

This was a fun project because there were tight constraints on the speed and accuracy needed to effectively hold the temperature. Not only did this system need to be highly accurate, but unlike a lot of my past projects in academia, there were new considerations: it had to be easy to manufacture and assemble at scale and very reliable over long periods of time. Working on that with the team was a valuable experience for me. I had incredible support from my coworker at the time, who helped design the electrical components of the system. The short explanation is that we transitioned from a water bath to a dry block of metal with a carefully tuned thermal mass. All heating and cooling are done by a thermoelectric heat pump (also known as a Peltier plate) so we have very precise control over the output temperature.

Mattie: Can you talk about your background before Culture? How did that prepare you for the work you’re doing now?

Collin: Prior to Culture my background was in microfluidics, tissue engineering, and biomaterials. At MIT I had been working on building microphysiological systems (MPS) to model complex drug metabolism and disease progression in linked organs-on-a-chip. Stirred-tank microbial reactors were certainly a big departure from that previous work, but the common thread for me has always been applying engineering principles to address challenges in biology and medicine. Often the tools and systems needed to enable complicated ex-vivo biology simply didn’t exist, so I was used to building them myself as a complement to the research I wanted to do.

Mattie: What are you working on right now?

Collin: In general, I'm working on bringing new capabilities to Culture. To achieve that, we are building out larger bioreactors, exploring new sensing modalities, adding automation, and constantly rolling out new functionality to our existing systems.

Larger systems were a no-brainer - we consistently received requests from customers to scale up our current systems and perform material generation for R&D or pre-clinical work. The question had always been when to do it; we didn’t want to rush into it until we felt there was a solid foundation of knowledge from our small-scale systems on which to build.

Currently, we are working on 5L and 250L bioreactors, supporting customer demand for larger quantities of material to use for testing and regulatory approval. With these larger reactors, our clients will be able to develop, optimize, and scale their bioproducts all within our cloud platform.

We are also developing new capabilities for monitoring seed flasks so that both we and our clients can keep a careful eye on their seeds and understand how they're growing prior to going into the bioreactors. The seed flask is an important component of the whole process that typically does not have a lot of visibility. When you inoculate a seed, you wait a certain number of hours before you take a sample and check to see if it grew. During those hours of waiting, there may be metabolic shifts, pH changes, and fluctuation in oxygen levels. Traditionally, seed flasks are not as well-instrumented as bioreactors. We hope to change that and bring seed flasks to the same level.

Mattie: What sets hardware engineering in the biotech space apart from that in other industries?

Collin: In the biotech space, the specific properties of materials are paramount. Everything that comes in contact with cell cultures needs to meet certain standards. There are especially concerns around leachables and extractables where materials release unwanted substances into a biological system. Chemical compatibility is also critical in order to avoid corroding any metals or plastics in the system as our customers use a broad range of acids, bases, and other chemicals to control their reactions.

Additionally, the tolerances in biotech are often very tight. For example, a chemical reaction may function well over a range of five or ten degrees Celsius, but in cell culture, temperatures must stay within 0.1 degrees Celsius (or even less) from the setpoint temperature. Even brief deviations from setpoint can have lasting effects on the outcome of an experiment, so those limits have to be maintained consistently.

The tuning process for experiments in biotech is significantly different as well. Let’s say that you're building a bridge - you can design and build around the forces that it’s going to face. These forces are well-studied. In contrast, cell culture systems can change dynamically: the chemical composition, the pH, and the active metabolic pathway can all change minute by minute, sometimes in unpredictable ways. The system that you're designing needs to be able to react and respond to those changes accordingly.

Mattie: What is the most rewarding part of being a hardware engineer at Culture?

Collin: Seeing a project go from conception to a first working prototype is pretty cool, and the speed at which we can do that continues to impress me. As a team, we are most proud of being able to move quickly and iterate upon our devices. It is truly a rewarding experience to start with a napkin sketch at the beginning of the year and then a quarter or half a year later, you've run a first fermentation or a first proof-of-concept that works.

Mattie:  How has the hardware team at Culture evolved recently?

Collin: In our early years, the hardware engineers at Culture had to operate as generalists, because there were so few of us. In the last year or two, however, we've been bringing on a lot of people with more specialized skills. We’ve also been subdividing the hardware group into project-centric teams. By placing the focus on projects and not expertise, we can have folks work across projects and contribute where their skills are most needed. We expect this structure to support our growth in a sustainable way without sacrificing the flexibility and agility that allowed us to develop complex systems quickly in the past.

Mattie:  Finally, what are you most excited about for this year at Culture?

Collin: I’m excited that things are scaling up! As the reactors (and the team) grow larger, they present new challenges to overcome. I’m grateful to have experienced the full gamut of Culture’s growth so far, and seeing the current trajectory makes me excited for the journey still ahead of us.

Biomanufacturing is currently booming, resulting in a major gap in the infrastructure required to manufacture these bioproducts.

Leaving Google to Write Code and Make Lasagna at Culture

An Interview with Software Engineer, Satshabad Khalsa, about his career journey