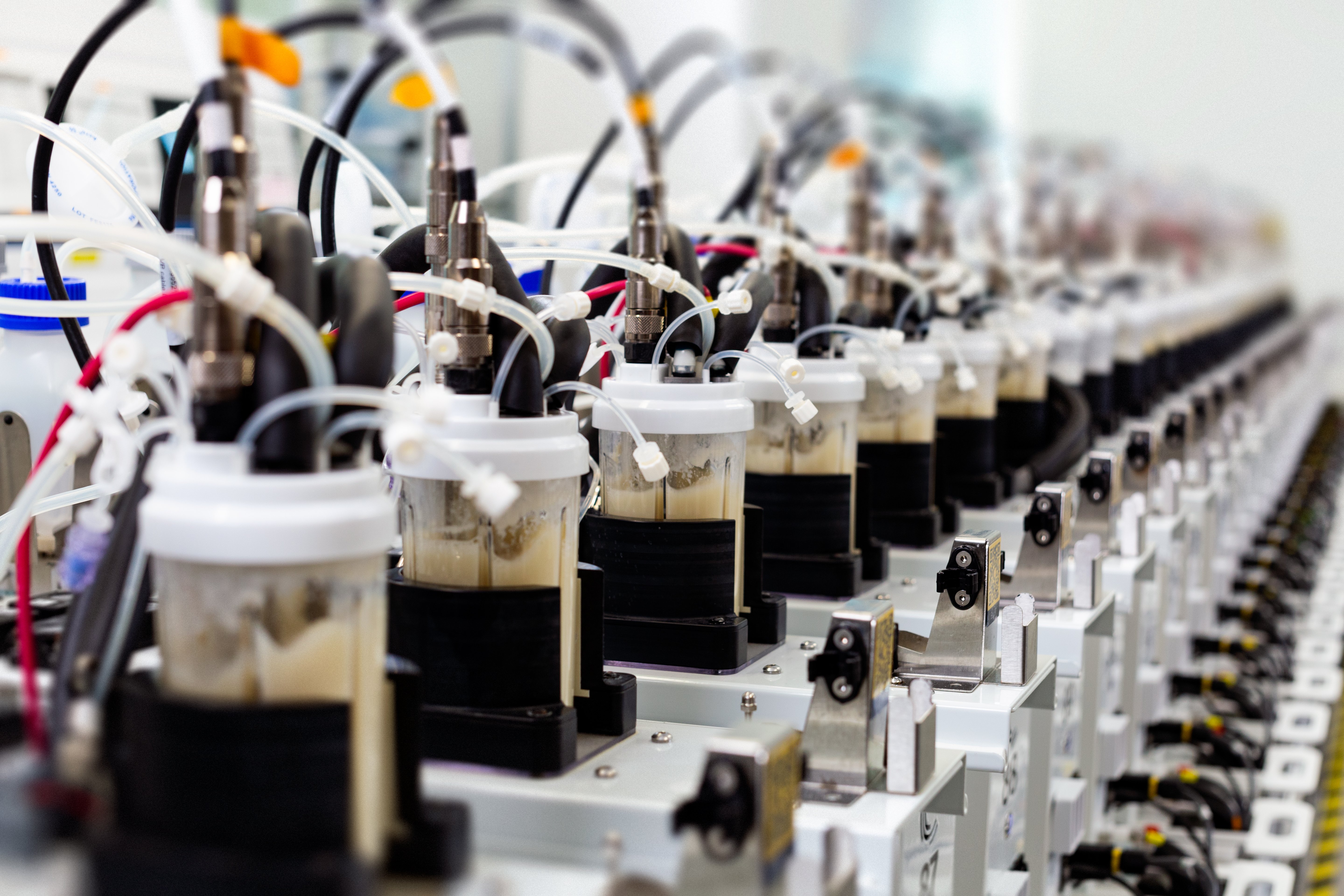 Culture's Founding Story: An Interview with CEO Will Patrick

One year after launching the company, Culture Biosciences’ co-founder and CEO, Will Patrick, discusses his, and Culture’s, journey.

Max: It’s been quite the exciting year for Culture! What are some of the biggest accomplishments since the launch?

Will: It is really amazing to reflect on just how much we’ve achieved in one year. First and foremost, I’m so proud of, and grateful for, the incredible people that make it all possible. One of my primary goals in starting a company was to do important and interesting work with great people, and our “culture at Culture” has made that dream a reality.

In terms of our accomplishments, we grew in the past year from 18 to over 100 bioreactors. We built our own custom off-gas sensors and installed them on every reactor. We have grown from 5 to over 30 customers, ranging from startups to Fortune 50 companies. On the software side, we have given our customers the ability to monitor their work with us in real-time on our website, and to dynamically graph and analyze their data for easier insight generation. We have successfully run cell culture bioprocesses with CHO cell lines, and started to work with microaerobic fermentation processes as well. The best part is that we’re only just getting started.

Max: Started on what, exactly?

Will: Started on our goal of making biomanufacturing R&D a digital experience, helping companies optimize and scale their bioprocesses more quickly and easily. The cloud bioreactor lab is the foundation for that, but it is only one part of the full suite of software and hardware tools we plan to build to truly digitize biomanufacturing. Our mission is to build an end-to-end platform where bioprocess scientists can manage their entire workflow in our software application.

Max: What inspired this mission? How did you come to the idea for Culture, and for building cloud bioreactors?

Will: I have always had a passion for manufacturing technology and design. My background is in mechanical engineering, and I came to an appreciation of biology and biomanufacturing later in life. While working to build autonomous drones on Project Wing at Google X, a good friend of mine, Adrien Treuille, sent me papers on DNA nanotechnology and protein folding. It piqued my interest in biology as a manufacturing platform, where a cell can be repurposed to be a re-programmable molecular factory.  That interest grew to the point where I decided to pursue it further by attending the MIT Media Lab.

Studying and researching in Neri Oxman’s Mediated Matter group, I focused on the intersection of digital fabrication, synthetic biology, and material science. Neri’s vision is to design with, for, and by nature. In other words, to use biology as a source of inspiration for design but also to use biology as a medium for design - with the overarching goal of fostering a more harmonious relationship between humans and nature. Neri’s vision, as well as my collaborations with fellow graduate students (notably Steven Keating) renewed my appreciation for the beauty of the natural world. Our projects included guiding silkworms to spin products and architecture instead of cocoons, 3D printing with chitin, and embedding engineered microorganisms in wearables.

After graduating the MIT Media Lab program I applied to an Artist in Residence program at Autodesk on a whim, and used the 4-month residency to further explore the intersection of biology and design. For my project at Autodesk I built an at-home bioreactor for brewing pharmaceutical drugs. It was a speculative project intended to create discourse about the potential pitfalls and perils of democratizing biotechnology. The concept was to use a photobioreactor to grow Spirulina which would, in theory, have been modified to produce a particular compound. 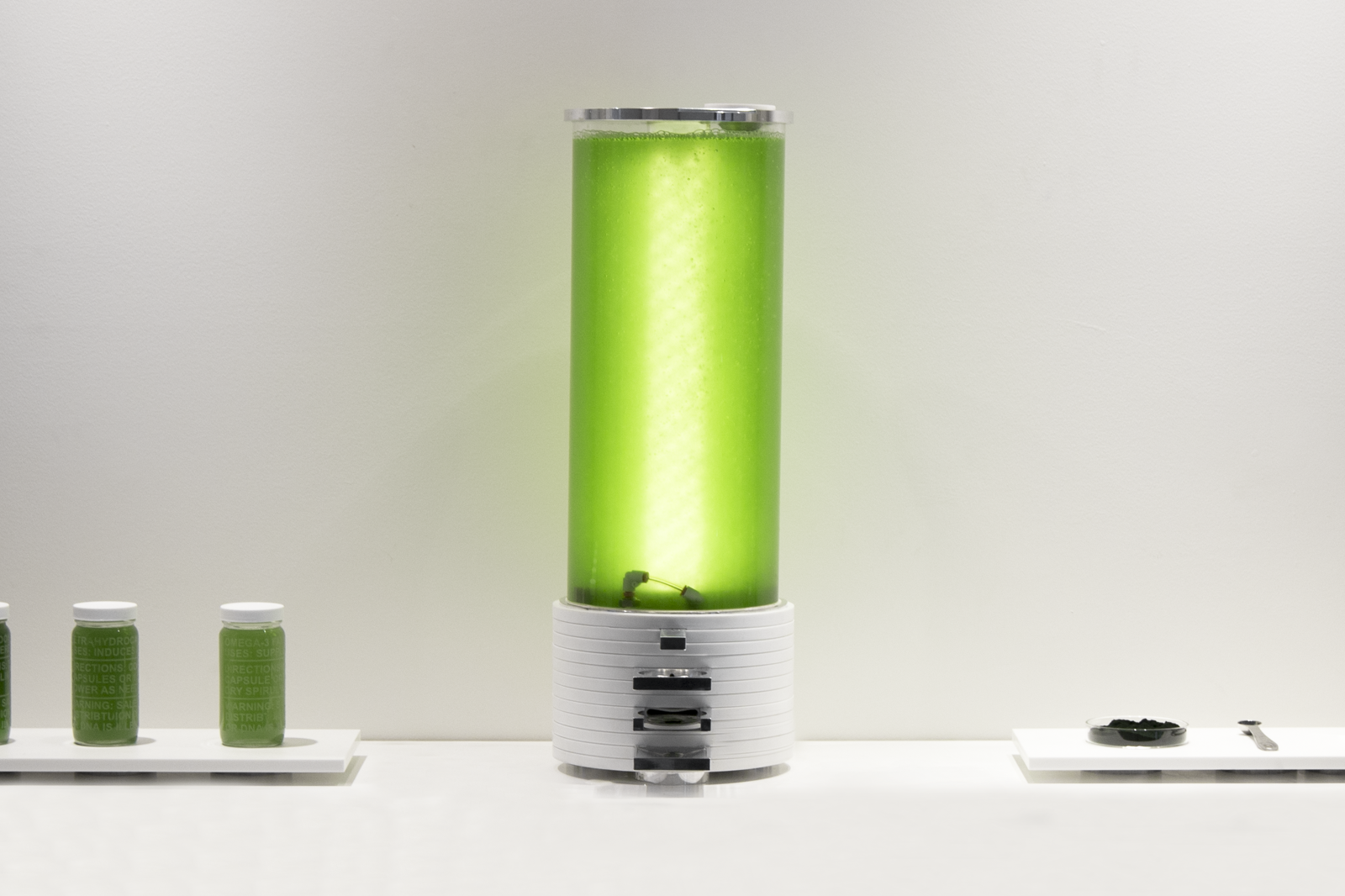 Max: From that initial home-brew bioreactor, you came to the idea of Culture?

Will: Not quite, but that was the first bioreactor that I ever built. During my time at the Media Lab I became more and more interested in biomanufacturing. Synthetic biology and biofabrication hold the answers to so many of the challenges we face today. I had been contemplating doing something entrepreneurial, and decided that I would focus on identifying and solving key bottlenecks holding back transformational bio-based products from coming to market.

At that point, I teamed up with my good friend and college roommate, Matt Ball, the cofounder and CTO of Culture. We spent time talking to scientists working in industrial biotechnology, learning about their work in detail. There were so many companies working on potentially game-changing products, ranging from alternative food proteins to bio-based chemicals to life saving medicines. Yet, they all faced formidable challenges in taking their lab-scale discoveries and turning them into commercially viable products at scale. We heard time and time again that the process of scaling-up from the bench to production was time-consuming, risky, and expensive. There were also so many stories about potentially promising products failing to be scaled-up to production successfully.

Matt and I knew first-hand how cloud computing had enabled technology companies to scale software products with ease. Would it be possible to create a similar solution for biomanufacturing? Could we make it as easy for bioengineers to scale bioprocesses as it is for software engineers to scale code?

Max: For those of us with less technical expertise or familiarity with software engineering, can you unpack that analogy?

Will: There are two aspects to the analogy. First, before cloud computing, everyone had their own computer servers. Part of managing a growing company meant dealing with increasingly complex and capitally intensive servers, as well as the risk associated with maintaining them. Today, you can simply rent more server bandwidth as your needs and company grow.

The second aspect is that there are changes that need to be made to code as you scale. If you build a successful SaaS tool that works for ten thousand users, you can’t just assume that the same software will work for ten million users. However, the changes that need to be made are well understood and there are a few relatively straightforward approaches. It is, more or less, a formulaic process.

Matt and I envisioned a world where companies could approach biomanufacturing similarly: they could flexibly leverage cloud hardware infrastructure on-demand to avoid the costs and hassle of building and expanding an in-house lab, and they could leverage advanced analytics to take the guesswork out of scaling-up bioprocesses.

Max: How did you go about starting to turn that vision into reality?

Will: In our conversations with scientists, we identified the bench-scale bioreactor lab as a key bottleneck in the scale-up process. Running bench-scale bioreactors to screen strains and develop bioprocesses is critical for developing new products, but it is also time-consuming, labor-intensive, and expensive.

Scientists we spoke with often had long lists of experiments they would have liked to run, but they were constantly forced to limit the scope of their research. We heard again and again that, as scientists, it was almost painful for them to leave questions unanswered due to resource constraints and, as a result, to lack confidence that the process they developed was indeed “optimized.” If only they could run more bioreactors, they could do so much more.

Max: What was preventing companies from investing in building more capacity in-house? Why is running bioreactors so capital and time intensive?

Will:  Most companies we spoke with had built a high-throughput bioreactor lab in-house, but it sounded like a painful process. It typically took them at least 18 months from the investment decision until the lab became operational.  Hardware lead times can be 6-12 months alone, and hiring and training a team of engineers and operators takes time. Then, after spending millions of dollars on the capital equipment and lab buildout, scientists were suddenly under pressure to maintain 100% utilization rates by management. However, capacity demands often fluctuate depending on the R&D pipeline, oscillating between periods of needing fewer reactors or requiring more throughput and causing a bottleneck. Scientists wanted even higher throughput capacity, but they also wanted the flexibility to run experiments when they were needed rather than to meet operational efficiency KPIs.

Max: Why is flexibility so critical?

Will: On the one hand, there just always seems to be a need for more throughput. Scientists working on an industrial product like food, material, or fuel are driven primarily by decreasing the production cost, so they’re optimizing their strain and process for higher titers. That requires throughput. Scientists working on a new drug candidate are looking to move as fast as possible.  Parallelizing experiments in large multi-factor DOEs is a great way to do that. So, there’s always a pull for scientists to have more bioreactor capacity and to run more experiments.

Yet, on the other hand, the timing of when those experiments are needed can vary depending on the development pipeline. Depending on product milestones, there may be a need to focus elsewhere at times or to double-down on high-throughput bioreactor work at others.

It was hearing these stories that really drove home the idea of a cloud-based service model for bioreactor experimentation. We wanted to empower bioprocess scientists to run dozens, or even hundreds, of bioreactors in parallel to do massive high-throughput experiments that would never be feasible in-house. This on-demand solution would also provide flexibility for companies to dial up or down their bioreactor capacity to meet their needs without having to maintain a full team and lab in-house.

Max: Why then build or own bioreactors? Why not purchase equipment to run as a service?

Will:  By building our own reactors we are able to quickly build new infrastructure, instead of relying on bioreactor hardware manufacturers. This enables us to act more flexibly and bring on more capacity as we need it.

Another reason for building our own infrastructure is that we can iteratively add new components and sensors to our hardware. For example, we added cameras to give customers a live view into our reactors. Also, since we built out 90+ new reactors last year, we improved our pumping accuracy by adding scales underneath every feed bottle and developing new feedback control software.

The ultimate goal which underlies both of these advantages, however, is to give companies doing biomanufacturing R&D better data and tools to use that data so that they can bring transformational bio-based products to market sooner.

Max: Which bio-based product(s) are you most excited about coming to market?

Will: I’m genuinely fascinated and enthused by all the products being made with biomanufacturing, and of course those of our customers. If I had to pick one area, though, it would be biomaterials like biosynthetic silk or leather made from collagen or mycelium. The ability to tune material properties by adjusting the DNA of an organism is so fascinating to me as a fabricator and mechanical engineer.

Max: Now that the bioreactor lab is up and running, what’s next on our journey to enabling digital biomanufacturing?

Will: We have quite a few big projects lined up for this year. On the core capabilities side, we’ll be expanding our cell culture operations. In terms of software, we’re actively developing tools to empower customers  to design their protocols directly and make in-process changes remotely. We will also be expanding our team to make all of this happen.

From Baking Break to Making Biofuel